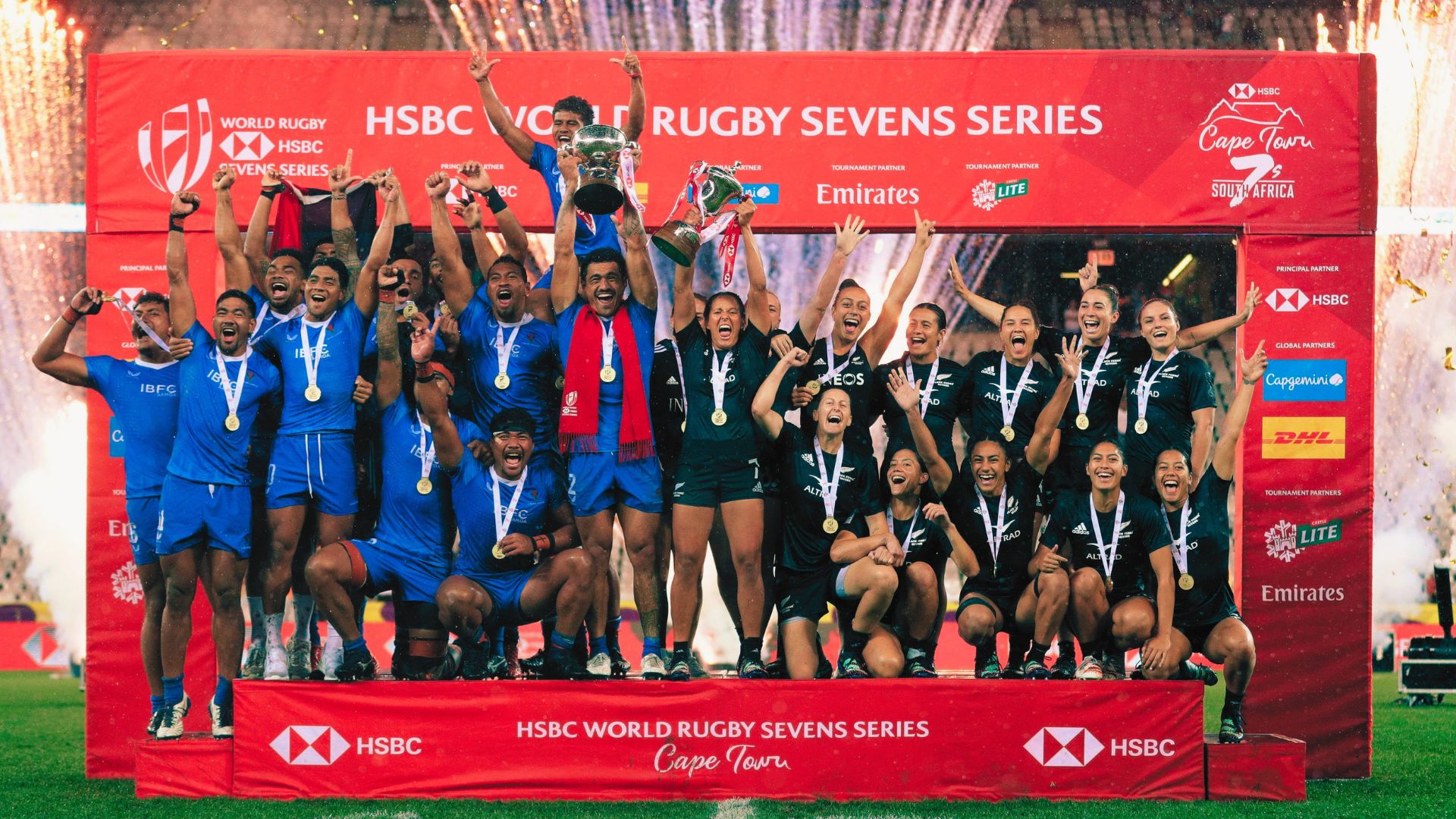 Rugby sevens, also known as seven-a-side rugby, is a fast-paced and thrilling variation of the traditional game of rugby union. But did you know that the origins of this exciting sport can be traced back to Scotland in the late 19th century?

Join us as we delve into the rich history of rugby sevens, from its humble beginnings in Melrose to its current status as a beloved and globally recognized sport. From the famous Melrose Sevens tournament to the World Rugby Sevens Series. We’ll explore the key moments and figures that have shaped the game into the exciting spectacle it is today. Whether you’re a die-hard rugby fan or simply curious about the sport, this article has something for everyone.

The Game in a Nutshell

Rugby sevens is a variation of rugby union in which teams consist of seven players instead of the usual 15. The game is played on a full-size rugby field, but with shorter halves (7 minutes) and fewer players on the field.

The objective of the game is the same as traditional rugby union: to score more points than the opposing team.

The Rules of Rugby Sevens

The rules of rugby sevens are similar to those of rugby union, but with a few key differences.

For example, in sevens, the scrum consists of three players instead of eight, and teams are allowed to make five substitutions per match instead of seven. Additionally, sevens has a stricter interpretation of the offside rule, and the game is generally faster-paced due to the smaller number of players.

1. Rugby sevens is played with seven players on each team, as opposed to the usual 15 in traditional rugby union.

2. Matches consist of two 7 or 10 minutes halves with a 1 or 2-minute half-time break

3. Scrums in rugby sevens involve only three players from each team, instead of the eight in traditional rugby union

4. Five substitutions per match are allowed in rugby sevens, compared to seven in traditional rugby.

5. The offside rule is stricter in rugby sevens, with less leeway given to players who are not involved in the play

6. The try-line, where players can score points, is the same as in traditional rugby union, but conversion kicks (2 points) are taken from where the try was scored.

7. The game is generally faster-paced due to the smaller number of players and shorter match duration.

The History of Rugby Sevens

The game has a long history, dating back to the late 19th century.

The origins of rugby sevens can be traced back to Scotland in the late 19th century, where it was played as a variant of traditional rugby union. The first recorded game of sevens was played in Melrose, Scotland in 1883. The Melrose Sevens tournament is still held annually to this day and is considered the oldest sevens tournament in the world.

The game of sevens quickly spread throughout the British Isles, with many other tournaments and competitions being established in the following years. The game was also introduced to other countries, including South Africa, Australia and New Zealand, in the early 20th century.

In the 1970s, the International Rugby Board (IRB) recognized sevens as an official form of rugby, and the first IRB Sevens World Series was held in 1999. The series has since been held annually, with tournaments taking place in various locations around the world. The Rugby Sevens World Cup, first held in 1993, is held every four years.

In 2016, rugby sevens made its debut at the Olympic Games in Rio de Janeiro, and since then is part of the program.

In recent years, rugby sevens has seen significant growth in popularity and is now played by men and women at the amateur and professional level around the world.

5 Legends of the Game

He is considered one of the greatest rugby sevens players of all time. He played for Australia in the 1980s and 1990s and was known for his speed, agility, and ability to score tries. He was a member of the Australian team that won the first Rugby Sevens World Cup in 1993.

He is a Fijian rugby sevens player who is widely considered to be one of the greatest players in the history of the sport. He won the Rugby Sevens World Cup twice (1997 and 2005) with Fiji, and was a member of the team that won the inaugural Sevens World Series in 1999.

He is an English rugby sevens player who is widely considered one of the best players in the history of the game. He is the all-time top try scorer in the World Rugby Sevens Series and was part of the England team that won the Rugby Europe Sevens Grand Prix Series in 2011 and 2013.

He is an English rugby sevens player who is widely considered to be one of the greatest players in the history of the sport. He holds the record for most points scored in the IRB Sevens World Series, and was a member of the England team that won the Rugby Sevens World Cup in 1993.

A Samoan rugby union player who played as a center, wing or fullback. He is known as “The Chiropractor” because of his physical tackling style. He was also a key player in Samoa’s success in the 1990s and early 2000s in both 15s and 7s rugby. He is considered one of the greatest sevens players of all time, having represented Samoa in three Rugby Sevens World Cups.

Rugby Sevens: The Biggest Events in the Calendar

This tournament is organised by World Rugby (formerly known as the International Rugby Board or IRB) and is held every four years. The tournament features teams from around the world competing for the title of Rugby Sevens World Cup champions. The most recent tournament was held in San Francisco in 2018, with the next one set to be held in 2023 in Cape Town, South Africa.

Rugby sevens made its debut at the Olympic Games in 2016, it was held in Rio de Janeiro, with the next one to be held in Paris in 2024. The tournament features teams from around the world, with the winner earning an Olympic gold medal.

This is the premier annual series of international rugby sevens tournaments, organized by World Rugby. It features men’s and women’s national teams from around the world, playing in multiple tournaments over the course of a season. The series is played in venues around the world, including Dubai, Cape Town, Sydney, Hong Kong, and London among others.

The official website of World Rugby (formerly known as the International Rugby Board or IRB) features news, videos, and information about rugby sevens events and tournaments, including the Rugby World Cup Sevens, World Rugby Sevens Series, and more.

This website provides news, information, and coverage of rugby sevens events and tournaments around the world. It also features player profiles, video highlights, and more.

The official website of USA Rugby provides news, information, and coverage of rugby sevens events and tournaments in the United States and around the world.

This website provides news, analysis, and video highlights of rugby sevens events and tournaments, including the World Rugby Sevens Series and the Rugby World Cup Sevens.

This website provides news, analysis, and video highlights of rugby sevens events and tournaments, as well as player profiles, interviews, and more.

Weekly posts and news covering the world of rugby sevens with exciting stories and guides about coaching, events and development.

These websites provide a good source of information, news and analysis of rugby sevens events, tournaments, players and teams. They are also regularly updated with the latest news and results from the matches.